JCSER Defends and Promotes the Human Rights of Palestinian People

In 2006, Palestinian Jerusalemite Nasser applied for a family reunification permit from the Israeli Ministry of the Interior. A few months after submitting the application, Nasser and his wife, who holds a West Bank ID card, were stopped in East Jerusalem by Israeli police. Since residents of the West Bank are considered illegal aliens in Jerusalem, Nasser was given a criminal citation for having his wife in the car. Several months after the incident, Nasser received a message from the Israeli Ministry of the Interior informing him that his application had been processed: because of the afore-mentioned criminal citation, the family reunification permit was denied.

The Jerusalem Center for Social and Economic Rights (JCSER) received a KIOS grant of 29 000 euros in 2006, and a further grant 42 000 euros in 2006 & 2007 for its work in East Jerusalem. The Center, established in 1997, advocates for human rights, documents rights violations, and provides Jerusalemite Palestinians with legal assistance for cases handled in Israeli courts.

The social and economic rights of the Palestinian population in East Jerusalem are constantly under threat. The fulfilment of these rights has been particularly strained ever since Israel began building the construction of barbed wire, trenches and concrete walls to separate Israel from the Palestinian territories. The construction, which the International Court of Justice has found illegal, has excluded thousands of East Jerusalemite Palestinians from the newly re-demarcated city, so that they are no longer entitled to the services pertaining to citizens of Jerusalem.

With the support of KIOS, during 2006 JCSER assisted in 45 cases in which Israeli authorities had removed the residence permit, right to health care, pension or child allowance of Palestinian Jerusalemites. JCSER, which is well known in East Jerusalem, and which actively takes part in public discussion, receives many more pleas for legal assistance than it can take on. For this reason, the Center concentrates its efforts on cases which are of strategic importance to the entire Palestinian community in East Jerusalem.

One of those who received assistance from JCSER in 2006 was Nasser. The Center made a complaint about his treatment, and succeeded in securing a court ruling which forced the Israeli Minister of the Interior to grant Nasser’s wife a residence permit in Jerusalem. As a result of the ground-breaking ruling, the Ministry of the Interior was obliged to reopen all cases in which a family reunification permit had been denied on similar premises as in Nasser’s case. 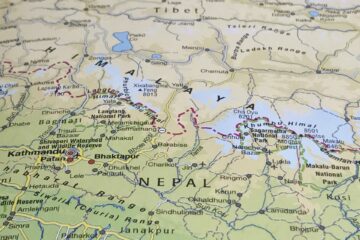 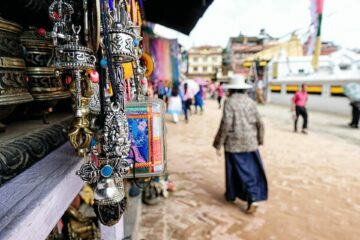 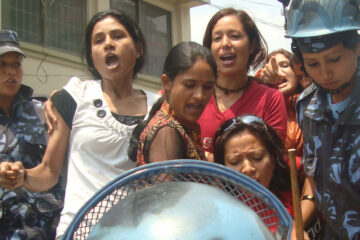 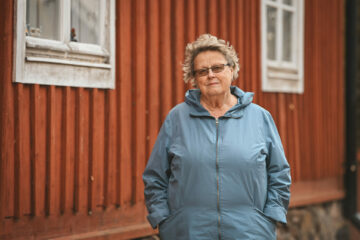