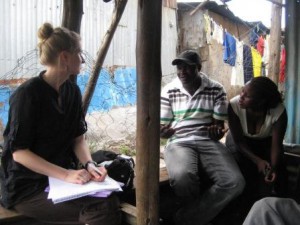 KIOS – Youth Alive! Kenya Partnership Programme has been a success from the point of view of its stakeholders: KIOS, YAK and the participating groups, points out an evaluation carried out recently. The evaluation recommends that KIOS and YAK continue implementing the Programme also in the future.

The Parnership Programme was started in 2008 in order to strengthen the human rights movement in Kenya and to build the capacity of human rights actors to deliver work that has significant impact in the society. By the end of 2010 there were already 16 community based human rights groups that had participated in the Programme, eight groups being involved in it annually. The planning and implementation of the Programme are done jointly by KIOS and YAK, bringing about unique collaboration between the two actors.

The evaluation found out that the activities done in the Programme were highly relevant to the pilot groups and the Programme had several positive impacts on them. The programme enhanced the capacity of the groups both as human rights actors and as competent institutions who effectively engage with their communities and governments in promoting and protecting human rights.

Pilot groups found most useful the skills they gained in proposal and report writing, discovering local fundraising opportunities and learning strategic planning and rights based approach to programming. After being actively involved in the Programme some groups have also become more active in approaching other donors for collaboration.

YAK and KIOS Learning from Each Other

The Programme was implemented largely according to the plan, and despite some delays all planned activities were carried out. The general expectations of YAK and KIOS on the Programme were also well met. Both of them were very satisfied with their interaction during the Programme and sharing their knowledge and resources. The evaluation argued that both KIOS and YAK evolved as an capacity builders and facilitators during the Programme.

The evaluation recommends the Programme to be continued in Kenya without abandoning any of its well-proven components. However, there were a number of recommendations on how to improve the Programme to even better succeed in reaching its goals and serving its beneficiaries. For instance, an evaluation workshop could be organised at the end of each Programme period in order to further promote sharing of ideas and experiences between the pilot groups.

KIOS and YAK will be taking the findings of the evaluation into account when continuing the Programme. Small human rights groups in Kenya are welcome to apply for the Programme of 2011. To find out more you may approach KIOS or YAK by email, kios@kios.fi / info@youthalivekenya.org