Note of Condolences on the Passing of Human Rights Activist Mr. Odindo Opiata 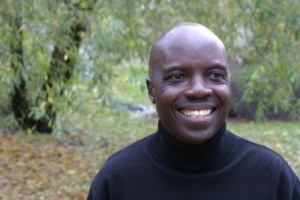 KIOS office is saddened to share the news of the passing of Kenyan human rights activist, Mr. Odindo Opiata. Opiata, the director of Hakijamii Centre for Social and Cultural Rights, was succumbed to cancer in Nairobi August 16th.

During the Moi-era, Opiata was among the pioneers in Kenya to advocate for democracy and to end the one party rule. As a result of this, he was forced into exile in Tanzania in 1981. Furthermore, after returning to Kenya he was imprisoned during 1986-1989.

Despite grave personal sacrifice, Opiata continued to work and struggle for social justice until the last days. For the last decade he was leading Hakijamii, Centre for Social and Cultural Rights. In this role, Opiata achieved successes in protecting rights to housing, land, water and sanitation among the most marginalized communities in the Kenyan society.

KIOS has had the privilege to partner with Hakijamii during several years. Due to this, the staff of KIOS wants to express the deepest admiration of the commitment and vision of Odindo Opiata´s work.

The staff of KIOS sends the warmest condolences to the Opiata family, Hakijamii and colleagues.