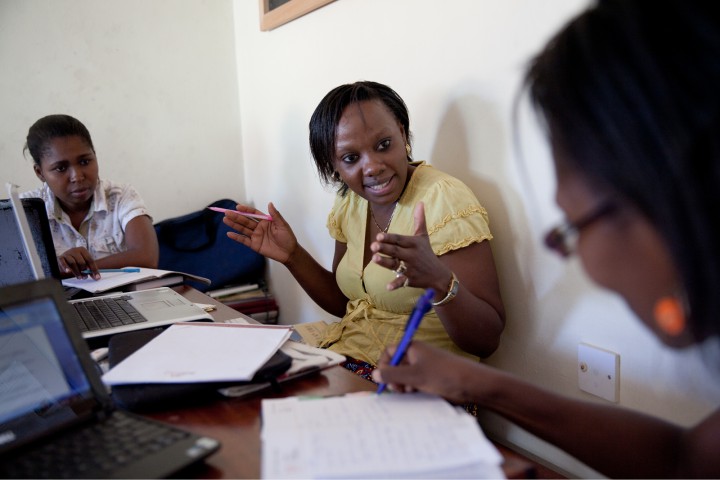 The documentary presents how metal foundries have contaminated living environments in the city of Mombasa on the coast of Kenya. Especially lead emissions have caused deaths, miscarriages and other severe damage to health. As a result of Omido’s work already 17 metal foundries have been closed this year.

KIOS supports CJGEA’s project to train Kenyan journalists to cover the themes of and the interdependence in between environmental problems, industry and human rights violations. Also journalists of KTN are participating in the project’s trainings.

Phyllis Omido was awarded with Goldman Environmental Prize in spring 2015. She also visited Finland as a guest to Finnish organization Kepa.