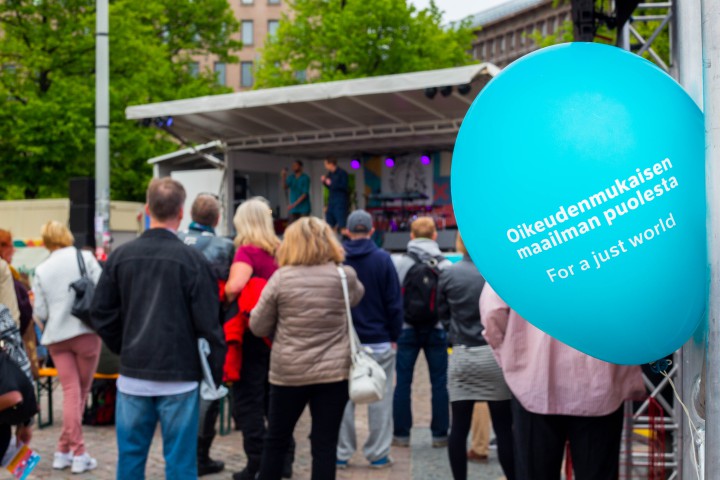 KIOS participated in the annual World Village festival in the Market of Possibilities Tent. Among other things, we presented a quiz, asking the audience, which human rights convention was ratified by Finland in May 2016.

The right answer to the quiz is the Convention on the Rights of Persons with Disabilities, which was ratified by Finland after a long wait just recently before the festival.

Among the participants who got the right answer, we drew ballots and the award goes to Carlos Llamas! The award is a Finnish publication titled Handbook of Human Rights.

Thanks for all who visited us at the festival!