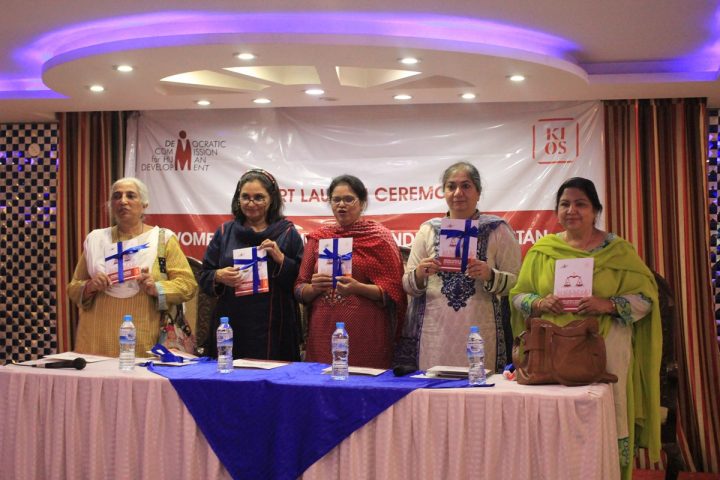 Human rights organization DCHD in Pakistan has made a research, funded by KIOS foundation, which shows that women human rights defenders (WHRD) are exposed to various risks in Pakistan.

Human rights work in itself in Pakistan is a risky business, but the report shows that women human rights defenders often face higher risks just because of their gender. Almost half of the respondents in the survey told that they have faced serious threats and harassments.

The research “Risk and Capacity Assessment of Women Human Rights Defenders (WHRDs)” made by Democratic Comission for Human Development (DCHD) in 2015 and 2016 assessed the security situation of women human rights defenders in Pakistan. The survey is first of its kind, and it has received media attention in Pakistan.

DCHD send a questionnaire to 1200 women human rights defenders in Pakistan. Mostly due to security reasons, approximately 400 women did not respond to the questionnaire. Almost half of the respondents ( 48 %) told that they have received threats and faced harassment at their work. These included harassment (34%), threats to life (23%), threats to progress of work (29%), and threats towards their family members (12 %).  The threats came mostly from influential people, extreme religious and political groups, but also from law enforcement personnel and from women’s own relatives.

The study shows clear regional differences, which reflects the security situation in the country. In Punjab WHRDs face least threats while in Khyber Pakhtunkhwa and Baluchistan the threats towards women human rights defenders are more prominent. Sindh was not covered in the study.

In addition to the nature and scale of the threats, the report explores the preventive measures taken by the HRDs against the risks. A quarter of the respondents told that their organization does not have any kind of security arrangements to protect their workers. DCHD and KIOS hope that the report raises attention for the protection of WHRDs inside human rights organizations, among the national authorities and at the international level.

Pakistan is one of the most dangerous countries in the world. The weak security situation in the country is directly connected to the space of the civil society and to the human rights situation. Unlawful arrests, enforced disappearances, torture, political and religious violence and violence against women and minorities are the most prominent human rights violations in Pakistan.

KIOS Foundation has supported the human rights work of DCHD in Pakistan since 2009. In 2016, a human rights defenders network was founded in Pakistan, which has been a remarkable step to promote the security of HRDs.  DCHD has actively participated in the realization of the network. In addition to the research “Risk and Capacity Assessment of Women Human Rights Defenders (WHRDs)”, KIOS also supported security training of WHRDs in Pakistan.