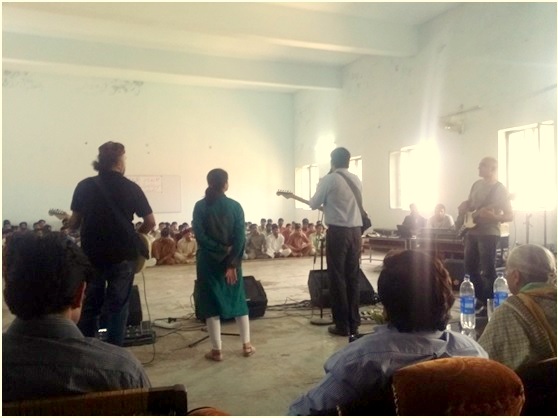 Someone once called them “the children of a lesser God”. This is the largely neglected and forgotten population of children in prison. While several standard-setting initiatives have been taken at the international level for the treatment of children in conflict with the law, the plight of these children is yet to improve in many countries of the world. In Pakistan, a separate system of juvenile justice did not exist until 2000. There are still very few places of detention exclusively for children and the majority of such children are still detained in separate wings in adult facilities under conditions that are far from conducive to reformation.

The Child Rights Unit (CRU) of the Dastak Charitable Trust is working to improve conditions in prisons where children are held in pre-trial and post-sentence detention. The CRU has been working on child rights for the last two decades. It has been implementing programmes that reduce the children’s sense of isolation and give them confidence in their worth to society. In many prisons that are on our regular beat, the children have begun to see us as friends who bring some relief to their dreary routine.

On one such visit to a juvenile jail in Faisalabad, the jail authorities had organised a band to receive us. We noticed how delighted the children were with the music that the band was playing. Some of them had started to hum the lyrics of songs with the music played by the band. It was after this visit that the CRU decided to make music part of these children’s lives.

We spoke to a very popular band – the Lal Band, a group of socially conscious musicians who support human rights causes. They readily agreed to perform for these children in prison. The next step was to get official permission for such a programme to be held in the juvenile jail in Faisalabad. Never had such a programme ever been held inside a prison anywhere in the country. We knew that it would take a lot of persuasion to convince the prison authorities that such an activity would benefit the children. It was a challenge that we were prepared to take.

We approached the Inspector General of Prisons, as we knew that it was beyond the authority of the Superintendent of that jail to allow us to hold this programme in his jail. After much argument and many visits to his office, the Inspector General finally granted our request, but on condition that we would not have any media presence on this event. We realised that in the environment of religious extremism in the country, he was putting his job on the line, so we deeply appreciated his cooperation.

A sunny day for Faisalabad’s children in prison

On a fine, sunny day, the CRU team together with members of the Lal Band set out for Faisalabad prison. When we reached it, the children flocked out into the reception area to receive the band with enthusiastic cheers. These were stars they had only heard about and this was their chance to see them and be entertained by them. The spirits were high and the right mood for such entertainment already set.

The band played popular songs and the children sang along. They danced to many of the popular tunes. Throughout the programme we watched children gather around the musicians to ask questions about their instruments, many of them trying to play them. The environment had aroused their curiosity which the band had created with the entertaining music.

A few days after the event, the CRU gave the prison musical instruments. The CRU team also arranged with the police band to teach the children to play these instruments. The hope is that some of these children in that prison will form a band of their own and bring music to the prison as a therapy for themselves and others, for the duration of the time they remain incarcerated. 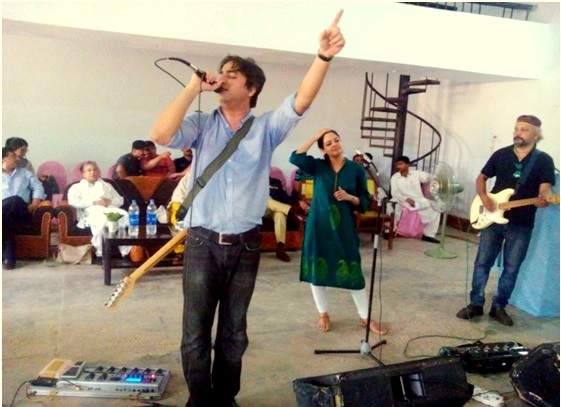 The Dastak Charitable Trust is a non-profit foundation founded by the renowned AGHS Legal Aid Cell in 1996. AGHS is one of the leading human rights organisations in Pakistan. The Child Rights Unit (CRU) used to be one of the units of the AGHS Legal Aid Cell until it was transferred under the Dastak Charitable Trust in 2017. The main thrust of the CRU’s programmes has been to contribute towards child protection. The Unit has chosen to work on the protection of children under especially difficult circumstances.

KIOS has supported the CRU in its child rights work since 2012. The CRU’s work under KIOS’ support has focused especially on children’s access to justice, children’s right to participation and work against child labour. Among other things, this has meant monitoring the situation of children in prison and documenting and reporting on this in Pakistan. With KIOS’ funding, the CRU has also engaged in strong advocacy work against child marriage and child labour.