“It is a great honor to be involved in this important work,” says the new Chair of the Board of KIOS 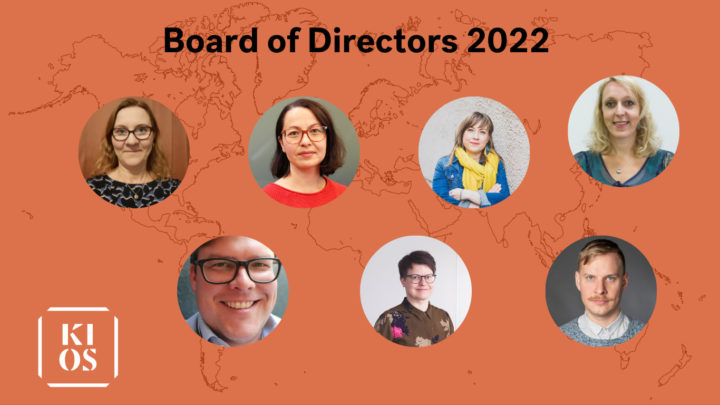 The KIOS Foundation has a new Board for the year 2022. The Board was appointed in a meeting on Friday the 21st of January. Two new members were added to the Board: Pauliina Savola and Kerttu Tarjamo. The members of the Board include amongst others long-term development cooperation professionals and a doctoral student in law.

Auli Starck, who is the executive director of Operation A Day’s Work Finland (Taksvärkki ry), was elected as the chair. Mariko Sato, an expert on economic and social rights at the human rights organisation Amnesty Finland, was elected vice-chair.

“KIOS is working long-term and uniquely to support human rights defenders and civil society actors. It is a great honor to be involved in this important work. This year, it is especially interesting to start a new programming period, which coincides with Finland’s membership in the UN Human Rights Council, ”says Auli Starck, the new chair.

KIOS was founded by 11 Finnish NGOs working on human rights, peace and development issues. The members of the board of KIOS do not necessarily represent the founding organisations, but external experts can also be in the Board.