In Rwanda the organizations supported by KIOS have enhanced women’s rights and access to justice. Ensuring access to justice for the poorest and the most vulnerable is at the core of the work. The justice system has been strengthened, for instance, through training authorities on human rights.

Living in the shadow of the past

The genocide of 1994 can still be felt in many ways in the country. After the conflict, there has been an effort to reconstruct Rwanda as an unified nation where ethnicity does not matter. The country has witnessed adoption of laws against “genocide ideology”, and these laws have fed into an atmosphere where ethnic differences cannot be mentioned. As a consequence of the laws and the political system, tensions still exists and reconciliation is a slow process.

Rwanda’s economy has been growing fast since the 90’s.  Fast economic growth has enabled President Kagame and the ruling party Front Patriotique govern the country with a firm grip. The Government doesn’t regulate just the politics, the public officers and the media, but also freedom and sovereignty of the civil society.  Human rights organizations, the opposition and journalists face harassment, and their freedom of speech is highly restricted.

Support from KIOS to Rwanda’s civil society has been significant since the independent civil society and the media are weak in the country. In addition, the sources for human rights funding in Rwanda are scarce. In 2015, over 60 local leaders have received education on women’s land rights and over 170 poor have received legal aid with the support by KIOS. Human Rights First Rwanda- organization has promoted the realization of fundamental rights and strengthened the expertise of the legal authority in Kamonyin region.

Human Rights Promotion For Marginalized and Vulnerable Community in Rwanda 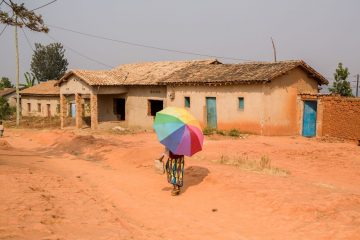