In Sri Lanka, KIOS support has been channelled to organizations working on awareness-raising on human rights, human rights monitoring and seeking justice for victims of human rights violations. In addition, KIOS has supported women’s rights work and work against the discrimination of sexual and gender minorities.

Return of the family dynasty and militarization

The Rajapaksa family dynasty, which had governed the country until 2015, returned to power in 2019. Already in his election campaign, President Gotabaya Rajapaksa criticized the UN resolution, which promotes reconciliation, accountability and human rights. In February 2020 Sri Lanka announced that it would no longer cooperate with the UN process. President Rajapaksa fostered a militarization of civilian governmental functions by appointing persons with a military background to lead civilian ministries and by transferring civilian matters under the ministry of defence.

The majority of the population of Sri Lanka belongs to the Sinhalese community who practise Buddhism as a religion. The eastern and northern part of the country is mostly populated by Tamil people, who are Hindus.  There are also various smaller ethnic communities and religious communities in the country, such as descendants of the European migrants, Muslims and Christians.

The main parties of the civil war were government forces backed by the Sinhalese majority and Tamil tigers (LTTE) driving for an independent state. After the conflict the government settled Sinhalese families into Tamil areas and replaced some of the Hindu temples with Buddhist temples. The above mentioned political strategy did not contribute to a peaceful coexistence. Furthermore, a militant Buddhist group has caused terror in the country. They have attacked violently against Tamils, Muslims and Christians. In April 2019 a series of terrorist attacks shocked the country and received widespread international attention.

The political participation of women in decision making has been low. Although Sri Lanka is one of the most developed countries in the region, the small number of women in politics is conspicuous in relation to other countries in South Asia. Gender-based violence is a severe problem in the country, and women face discrimination on various levels.  In addition, most of the victims who survived the civil war are women. Many of them still suffer from the consequences of the war, from losing of their land and income or being injured.

Due to the consequences of the civil war, tensions between different population groups and women’s discrimination, KIOS has supported work that promotes women’s rights and collaboration between women’s organizations from different ethnic and religious groups. We have funded awareness-raising on human rights, both for marginalized groups and persons in vulnerable positions as well as for local and national authorities. Furthermore, we have supported the documentation of human rights violations and work tackling discrimination against sexual and gender minorities.

Campaign to combat violence against women

Protecting Transgender persons from violence in 2 districts of Sri Lanka: a Pilot Project

Sensitizing the government and general public with a view to improve the legal protection, welfare and status of rights of LGBTIQ Rights persons in 4 districts of Sri Lanka

Promoting Human and Democratic Rights and Reforms in Sri Lanka 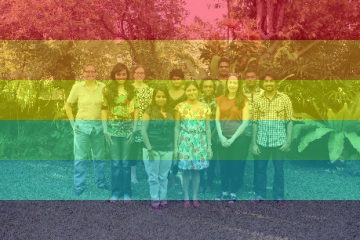 KIOS organized an international seminar on cooperation and protection of human rights defenders on 29th September 2015. During the event …