Democracy and the Rule of Law

A functioning, democratic rule of law requires human rights. By supporting civil society and its human rights activists, we strengthen citizens’ opportunities to pursue their own cause and make their voices heard. Our grantees have documented human rights violations, worked against torture, built the peace process after a conflict and helped those in a vulnerable position to get justice.

Democracy must be supported

Democratic rights mean citizens’ ability to participate in and influence society. These include, among others, the right to vote, access to information and freedom of expression. Democratic rights are present in almost all KIOS grants, because human rights work strengthens democracy and, on the other hand, is based on the ability of citizens to pursue their own cause.

Democracy is not just reduced to a form of government: democratic activity means a joint dialogue between civil society and the state. It is typical of undemocratic systems that this dialogue is restricted: NGOs are disbanded and funding them is made more difficult, and freedom of the press is restricted.

According to a Freedom House study, freedoms have continuously been restricted since the early 2000s. Ethnic, religious and other minority groups suffer the most from the restriction of freedoms, because they are already in a vulnerable position and find it more difficult to stand up for their rights. Organisations supported by KIOS often work among marginalised groups, minorities or people in a vulnerable position, and also involve them as actors.

Read KIOS’ Kenyan grantee KISORA’s own article about how they promote the participation of locals in county-level development.

Our aim is to support work that strengthens women’s democratic rights, in particular. For example, in Kenya, women’s action groups have been founded to encourage women to take part in and influence society. 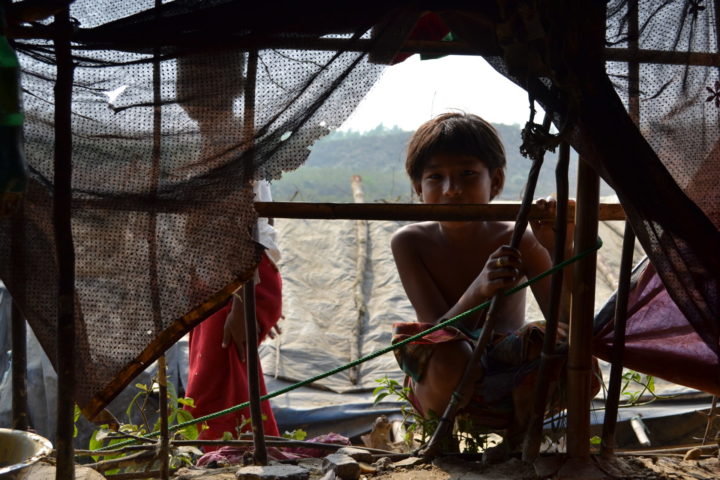 KIOS grantees have documented human rights violations committed against the Rohingya in Myanmar. Picture: Children in a Rohingya refugee camp in Bangladesh. Photo by Odhikar

The rule of law means, among other things, having independent courts of law, having a constitution that defines the fundamental rights of the individual and that the law must be adhered to in all public activities. KIOS grantees also undertake extensive work related to the rule of law. They disseminate information about human rights, train judges and police, work against torture, provide legal aid and counselling, especially for those in a vulnerable position, and monitor the execution of sentences.

Access to justice is an essential part of the rule of law. Access to justice refers to how people are able to defend their rights through the courts. Some of our grantees improve access to legal services for different groups or help them to assert their rights, for example, through collective action. In South Asia, KIOS grantees have trained judges and lawyers in the use of class action to promote the rights of groups of people. In Rwanda, our grantee HRFA has trained legal advisors who help poor rural women to claim their rights.