Women’s rights and equality of all people play a central role in KIOS work. Together with local organisations, we promote the rights of women and marginalised groups to receive services that belong to them and their ability to participate equally in the society. We are working to end gender-based violence and discrimination. We also support organisations that are fighting for the rights of LGBTIQ persons.

For equality, against discrimination

Almost all our partners are working to strengthen the rights of people who are marginalised in their own country or are in a particularly vulnerable position. These people may be poor, casteless, refugees, living with HIV or a disability, or belong to an ethnic or religious minority. We seek to support human rights work in which marginalised people organise themselves to pursue their own rights. 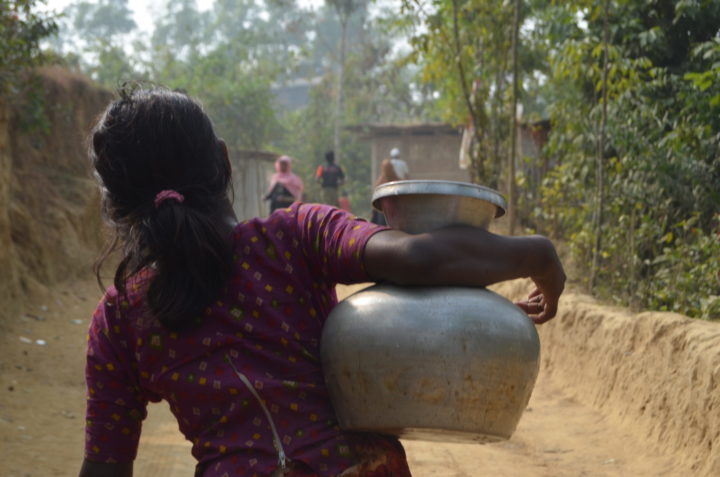 A woman in a refugee camp in Bangladesh. Picture: Odhikar

The majority of the human rights work we support focuses on promoting the rights of women.

Throughout the world, women and girls encounter all kinds of discrimination because of their gender. The most significant gender-related human rights violations include violence against women and forced marriages. Women often do not have the same proprietary rights or ability to participate in society or receive education as men do. Women belonging to a minority are often in the hardest position. They may experience discrimination not only because of their gender but also because of their origin, skin colour, disability or other characteristic.

Organisations supported by KIOS promote gender equality, for example, by disseminating information to women, providing human rights education to the authorities and offering legal aid to women whose rights have been violated. They also document human rights violations and further disseminate this information to the authorities and decision-makers.

Read about WOREC, an organisation that built a country-wide network of women human rights defenders in Nepal.

The rights of sexual and gender minorities are an important part of KIOS’ work. In all the countries where KIOS operates, LGBTIQ persons encounter many types of discrimination and stigma in their daily lives – in some countries even severe violence. In over 70 countries, homosexual relationships are still prohibited by law. KIOS supports organisations founded by LGBTIQ persons themselves. Local LGBTIQ activists are themselves the best experts on what are good ways to promote LGBTIQ rights in their countries.

The organisations we support have offered free legal counselling for LGBTIQ persons who have experienced discrimination and violence, and have managed to improve their access to basic services. Read more about LOSAUK, an organisation that promotes the rights of transgender hijras in Bangladesh. They have pushed for changes in the legal system to decriminalize homosexuality or campaigned for other legislative changes. Some aim to reverse the bias, for example, by training health-care personnel or journalists regarding sexual orientation and gender diversity. KIOS’ support has helped improve the situation of sexual and gender minorities in Uganda, Kenya, Bangladesh and Sri Lanka.