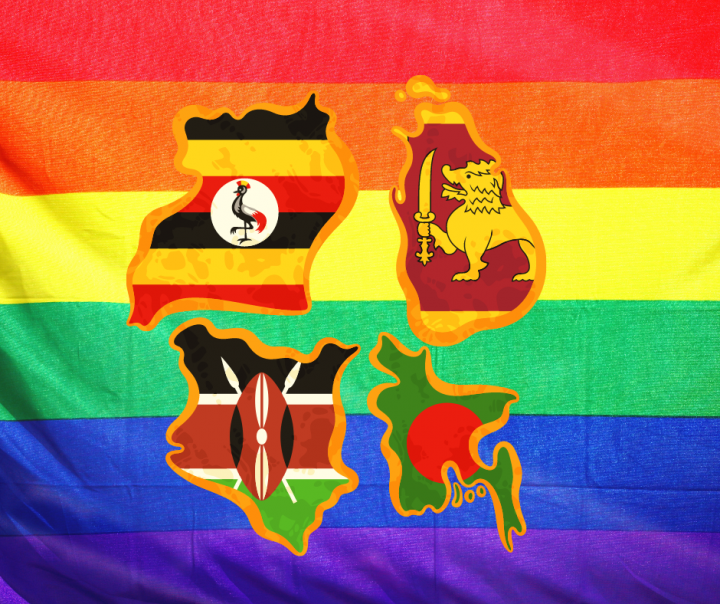 This year, the world celebrated Pride in exceptional circumstances. We wanted to share stories of brave LGBTIQ+ activists in East Africa and South Asia. Here are four countries in which KIOS has supported organisations that promote LGBTIQ+ rights. What challenges do the activists face and how do they respond to them?

The government and religious leaders spread homophobia in Uganda, and homosexuality is criminalized. Sexual- and gender minorities face discrimination in their lives. They can be suspended from school, evicted from their apartments and they are sometimes arrested arbitrarily. In addition, they face mental and physical violence.

Queer Youth Uganda is a rainbow organization that trains young activists to promote human rights in their communities. They aim to make basic services, such as sexual health services, more accessible to LGBTIQ+ people. In addition to the capital Kampala, they are active in Uganda’s countryside, where minorities have worse support networks.

Supporting victims of violence in Kenya

In Kenya, LGBTIQ+ victims of violence often do not seek justice in court, because they fear that revealing their sexuality or gender identity will lead to bigger problems. Religious and cultural leaders feed prejudices in Kenya, as well as the media.

NGLHRC (National Gay and Lesbian Human Rights Commission) is a NGO that provides free legal counseling to LGBTIQ+ people who have experienced discrimination or violence. They have also pursued the discrimination of homosexuality through strategic litigation. Watch a video featuring the founder of NGLHRC, Njeri Gateru. 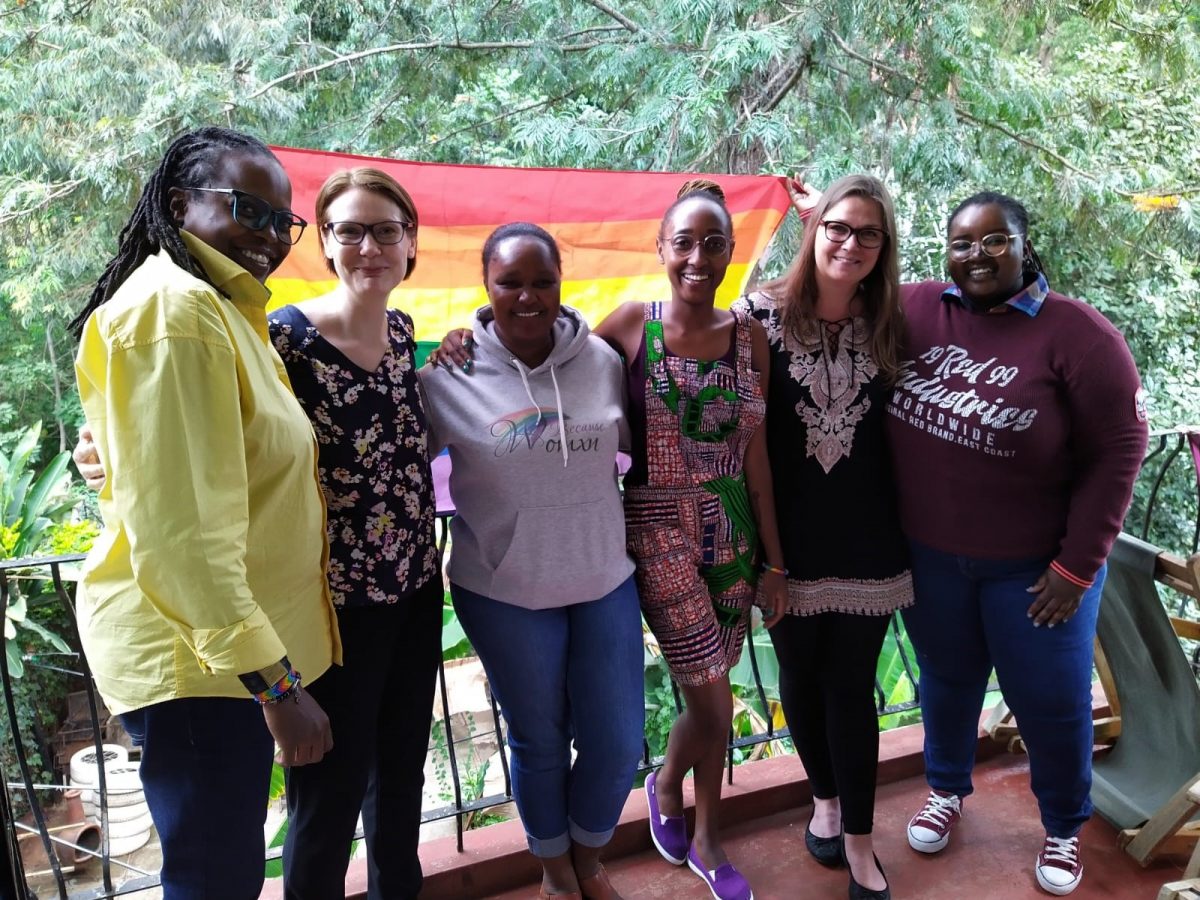 KIOS team together with NGLHRC in Kenya

Pema Kenya is another LGBTIQ+ organization in the country. Pema Kenya offers legal counselling and trains volunteers in supporting victims of violence. In addition to helping the victims, it is important to change the attitudes. The media team of Pema Kenya brings together media representatives with the LGBTIQ+ community to make news about them more factual. The organization says they have seen a positive change in the way the media represents them.

Homosexuality is criminalized in Sri Lanka, but the Supreme Court ruled in 2019 that the law is unenforceable. Sri Lanka has also created anti-discriminatory laws for sexual minorities. LGBTIQ+ people face discrimination and many difficulties nevertheless. It is hard for them for example to access basic services.

Equal Ground is a Sri Lankan organisation that aims to get rid of prejudices existing in health services, schools and other places. They have educated health professionals, teachers and religious leaders on LGBTIQ+ matters. Based on course feedback, 95% of attendees felt they learned something new and changed their attitudes.

Equal Ground has also campaigned for legal reforms since 2004. Thanks to their advocacy work, the human rights commission of Sri Lanka formed a committee that deals with LGBTIQ+ issues.

The organization also helps LGBT people who are in immediate danger. It has set up safe spaces and a support hotline for transgender people. 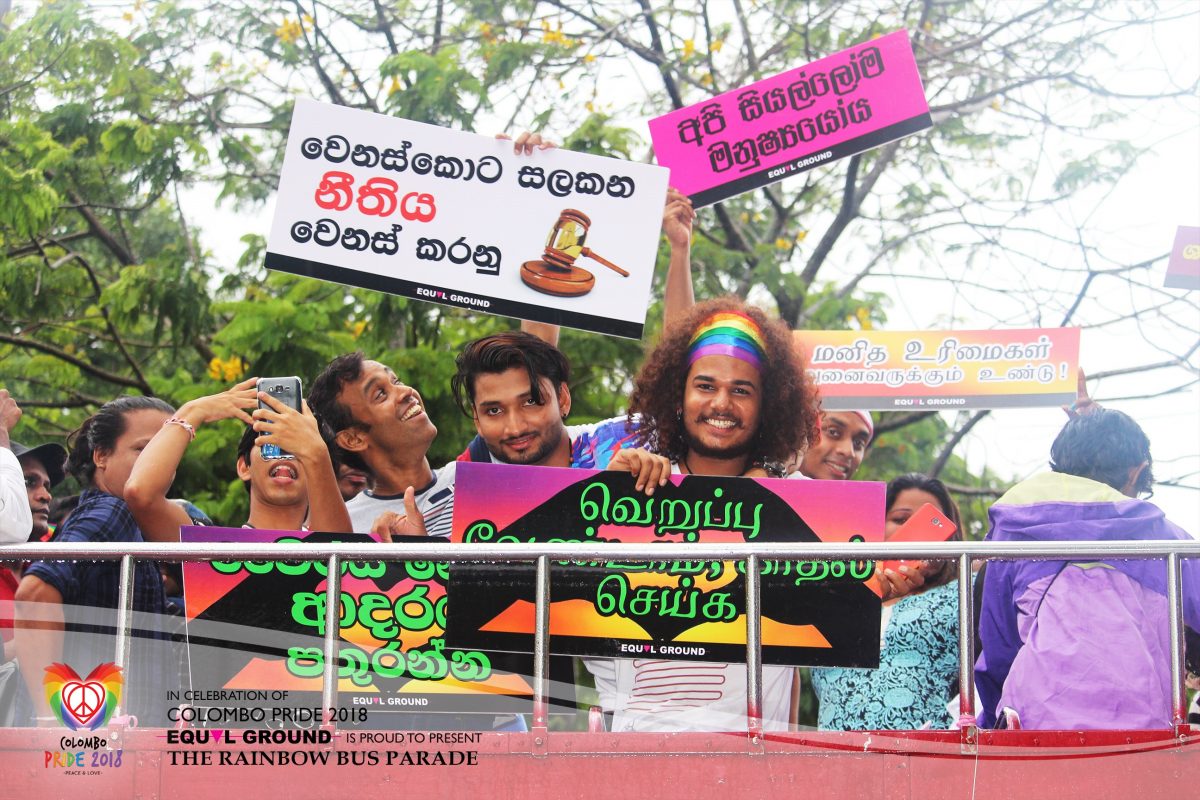 In Bangladesh and other South-Asian countries, transgender hijras have a long history but they are not fully accepted in mainstream society. Their existence is still largely recognized and thanks to hijra activists, they are legally recognized as a third gender in Bangladesh as well.

LOSAUK is an Bangladeshi organization that aims to remove prejudices about hijras. They made a documentary film on hijras’ lives that was seen by two million people on TV. They have also appealed to the Supreme Court for the government to keep their promises on improving hijras’ rights.

Why do we support LGBTIQ+ organizations around the world?

In 2020, homosexuality is still illegal in 71 countries. Sexual- and gender minorities face discrimination, stigma and even violence. Local LGBTIQ+ activists know the best ways to advance LGBT rights in their country. KIOS supports many organizations founded and led by sexual and gender minorities.